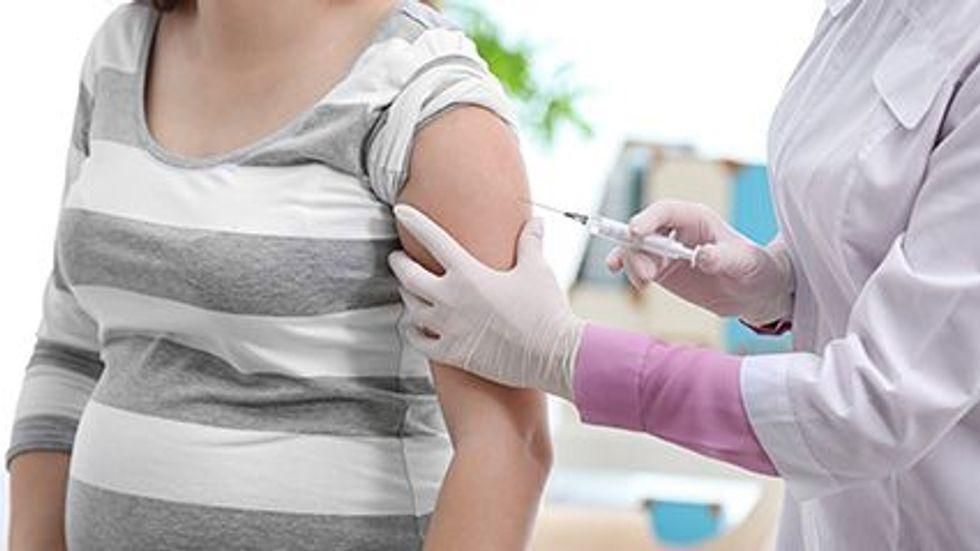 One way to help protect newborns from COVID-19 is for women to get their COVID vaccine while pregnant.

A new study found that mothers-to-be who had either the Pfizer-BioNTech or Moderna vaccine passed high levels of antibodies to their infants.

Researchers from the NYU Grossman School of Medicine discovered that 100% of 36 newborns tested at the time of birth had protective antibodies after their mothers had received the vaccines.

They observed the highest levels of antibodies in cord blood of mothers who were fully vaccinated in the second half of their pregnancies. This correlates with protection for the babies in their first months of life.

“Studies continue to reinforce the importance of vaccines during pregnancy and their power to protect two lives at once by preventing severe illness in both mothers and babies,” said study co-author Dr. Ashley Roman, director of maternal-fetal medicine at NYU Langone Health.

“If babies could be born with antibodies, it could protect them in the first several months of their lives, when they are most vulnerable,” Roman said in a health system news release.

The research team was also able to tell apart antibodies in the neonatal blood that were created in response to natural infection from those made in response to the vaccines. That matters because natural antibody responses to the virus are not sufficiently protective, according to the study.

Even with the study’s small sample size, “it is encouraging that neonatal antibody levels are high if women are vaccinated,” said study co-author Dr. Jennifer Lighter, a pediatric infectious disease specialist at NYU Langone.

This team previously confirmed the strong evidence that the two mRNA vaccines are safe during pregnancy in a study published Aug. 16 in the American Journal of Obstetrics & Gynecology – Maternal Fetal Medicine. That study found no increased risks during pregnancy, birth complications or identifiable risks to the fetus related to the vaccine during pregnancy.

Pregnant women are at higher risk of severe disease from the virus, but only 23% of pregnant women have been vaccinated, according to U.S. Centers for Disease Control and Prevention data.

“Our findings add to a growing list of important reasons why women should be advised to receive the COVID-19 vaccine during pregnancy for the added benefit of their newborn receiving crucial protection,” Lighter said in the release.

Future studies will be needed to determine if vaccination during the second half of pregnancy compares to vaccination in early pregnancy, as well as how long infant protection lasts.

The research was published online Sept. 22 in the American Journal of Obstetrics & Gynecology – Maternal Fetal Medicine.

The U.S. Centers for Disease Control and Prevention has more on COVID-19 and pregnancy.