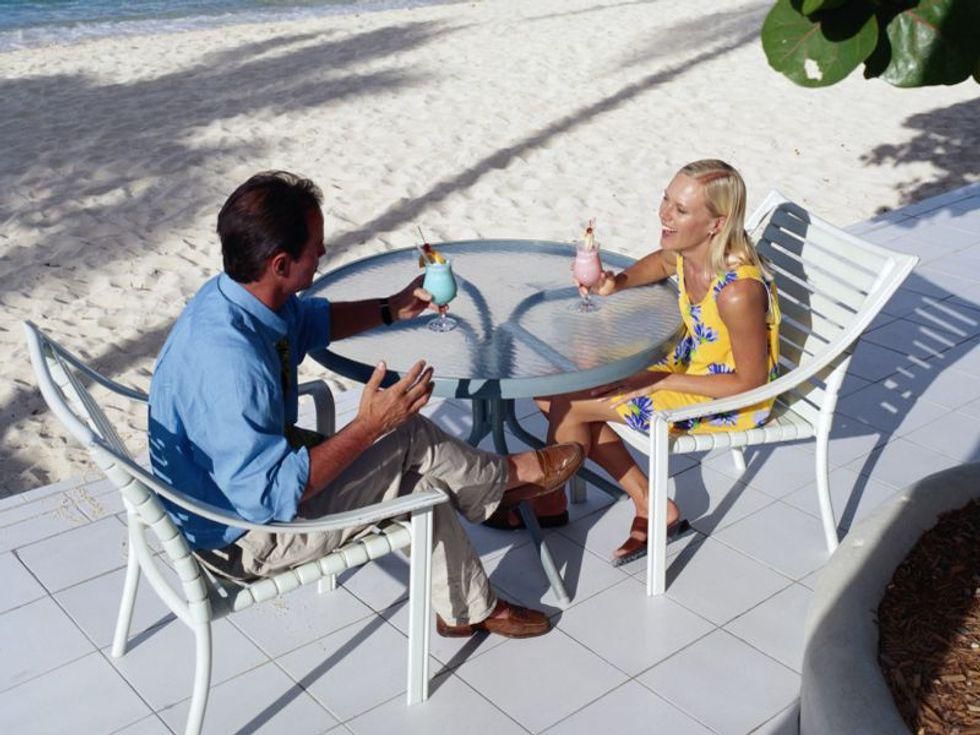 Marriage and children may be the norm for most Americans, but a new study shows that many people are choosing to remain child-free — and they’re happy that way.

The study of 1,000 Michigan adults found that one-quarter had opted not to have kids. And, on average, their life-satisfaction ratings were no different from those of parents or people who planned to have children.

On one hand, the findings could be seen as surprising, according to study co-author Jennifer Watling Neal, an associate professor at Michigan State University in East Lansing.

In the United States, she said, it’s still the norm for adults to start a family, and many people find a sense of fulfillment from having children. So it’s possible that people without kids would, on average, be less satisfied with life.

But, Watling Neal said, it’s important to distinguish between people who do not want to have children (the “child-free”) and those who want kids but do not have them (the “childless”).

“If people are living a life that’s consistent with what they want, they tend to be more satisfied,” Watling Neal said.

That point was echoed by James Maddux, a senior scholar with the Center for the Advancement of Well-Being at George Mason University in Fairfax, Va.

Life satisfaction can come from understanding yourself and living according to those values, rather than trying to meet the expectations of society or family, he said.

Of course, following your desires is not a guaranteed path to happiness. Studies show that people are not actually all that good at predicting what will make them happy, Maddux noted.

Still, he said, people who really want children will probably be happier if they do have kids.

What was surprising, Watling Neal said, was the sheer number of people who were child-free.

Out of a representative sample of Michigan adults, 27% did not have children — nor did they plan or hope to have kids, biological or adopted. Many (over half) were single, but 35% were in a relationship, according to the report published online June 16 in PLOS One.

Since the findings are from one state, Watling Neal said, they cannot be assumed to reflect the nation as a whole.

Another open question is: Are the ranks of the child-free growing? This was a one-time survey, Watling Neal said, so it cannot point to any trends.

There is no doubt birth rates in the United States, and across the globe, have been tumbling in recent years. In 2020, the U.S. recorded its lowest birth rate since 1979, according to government statistics released last month.

It’s unclear, though, to what extent those numbers might reflect a rise of the child-free. Many people may be having fewer children, or delaying starting a family.

But Maddux said it will be important to understand why people are choosing not to have children at all.

Declining populations have economic consequences, he noted, and governments will likely want to know why their citizenry is saying no to procreation: Is it, for instance, because raising kids has gotten too expensive?

The current study did not ask people the reasons for their choices. But the researchers did have them complete standard questionnaires on personality traits: Are child-free people more neurotic or more introverted, for example?

Again, though, there were no obvious differences between the child-free and either parents or people who wanted kids.

One difference did emerge, however.

When asked about political ideology, child-free people were typically “center-left,” while parents tended to be more conservative. And the link between political beliefs and child-rearing decisions held up even after factors like education and age.

That does not mean that liberal views cause people to not want kids, Watling Neal said. The two qualities may just commonly co-exist.

How do other people view the child-free? This study found some evidence that they are regarded differently. People who had or wanted kids typically reported “less warmth” toward women and men who opted to remain child-free.

Exactly why is unknown. And, Maddux noted, the finding reflects only a statistical difference on a survey, and not necessarily people’s real-life behavior.

But there’s also another possibility, both she and Maddux said — envy of child-free folks’ freedom.