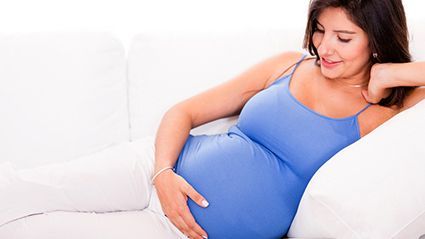 Frozen embryos appear to be linked with a significantly higher risk of dangerously high blood pressure for the woman in pregnancies achieved through in vitro fertilization, a major new study reports.

Expectant moms were 74% more likely to develop high blood pressure if her pregnancy resulted from a frozen embryo, as opposed to a fresh embryo or natural conception, according to analysis of more than 4.5 million pregnancies.

These results could mark a sea change in the way assisted reproduction is performed, researchers said.

“Frozen embryo transfers are now increasingly common all over the world, and in the last few years, some doctors have begun skipping fresh embryo transfer to routinely freeze all embryos in their clinical practice, the so-called ‘freeze-all’ approach,” said lead researcher Dr. Sindre Petersen, a doctoral fellow at the Norwegian University of Science and Technology in Trondheim.

“Our results highlight that careful consideration of all benefits and potential risks is needed before freezing all embryos as a routine in clinical practice,” he added. “A comprehensive, individualized conversation between physicians and patients about the benefits and risks of a fresh vs. frozen embryo transfer is key.”

For the study, published Sept. 26 in Hypertension, a journal of the American Heart Association, the researchers reviewed the medical data of nearly 2.4 million women from Denmark, Norway and Sweden who had one or more single deliveries between 1988 and 2015. The women ranged in age from 20 to 44.

High blood pressure during pregnancy often signals preeclampsia, a complication that can endanger both the mother and the fetus. Preeclampsia affects about 1 in every 25 U.S. pregnancies, according to the American Heart Association.

They particularly zeroed in on 33,000 pregnancies in which a woman had conceived by more than one method, which allowed the team to compare siblings.

Researchers found a woman’s risk of a high blood pressure disorder doubled when she received a frozen embryo during IVF, compared to when the same woman conceived a sibling naturally.

Risk was no higher with the use of fresh embryos compared to natural conception in women who got pregnant both ways.

“Our sibling comparisons indicate that the higher risk is not caused by factors related to the parents, rather, however, that some IVF treatment factors may be involved,” Petersen said in a journal news release. “Future research should investigate which parts of the frozen embryo transfer process may impact risk of hypertension during pregnancy.”

The Mayo Clinic has more about in vitro fertilization.